The news of the rampage in Winnenden in Baden-Württemberg shocked Germany and awakened memories of the Erfurt drama in April 2002. Serious atrocities like this occur again and again at schools and universities around the world. A look back.

A man kills 32 people and injures 15 at the Technical University of Virginia, the most momentous incident of its kind in US history.

The driver of a delivery truck opens fire in the classroom of a school of the Amish, a Christian religious community, in Pennsylvania. Five girls are killed and five injured. 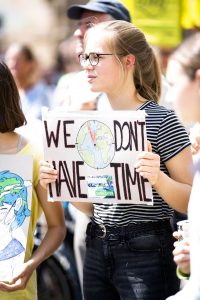 A 16-year-old high school student shoots his class teacher during class in the Franconian town of Coburg and then injures a school psychologist. Then the teenager kills himself. The 41-year-old teacher remains unharmed.

In Erfurt , an 18-year-old former high school student shot 16 people at his old school – eight teachers, four teachers, one schoolgirl, one schoolboy, the secretary and a police officer. Then he kills himself.

A 22-year-old armed with two pistols, three pipe bombs and a hand grenade kills three people, including the headmaster of his former business school, in a rampage that began in Eching near Munich and continued in Freising.

Because he was expelled from his secondary school boarding school in Brannenburg (Bavaria) the day before, a student (16) shoots the head of the institution in the head and then inflicts serious injuries on himself. The 57-year-old victim of the crime dies six days later.

In Meißen (Saxony), a 15-year-old high school student, masked, storms into a classroom and stabs his teacher. He had announced the deed and is caught shortly afterwards.

A Czechoslovakian exile (34) shoots five people in a school in Eppstein-Vockenhausen (Hesse): two twelve-year-old schoolgirls, one eleven-year-old schoolboy, a teacher and a police officer. The perpetrator then shoots himself. A teacher survives seriously injured. The motive of the gunman who is considered aggressive remains a mystery.

A mentally ill invalid (42) kills ten people in the Catholic elementary school in the Cologne suburb of Volkhoven. From the schoolyard he fires several bursts of flames through an open window with a flame thrower on a class of nine to eleven year old children and then stabs two teachers with a lance. Eight of the 28 seriously injured children die. The perpetrator poisoned himself.